My recent days have been filled with intense and scattered bouts of reading (from Jeffrey Sachs to Mary Oliver to US Weekly), the writing and re-writing of lists, the stacking and un-stacking of stuff.  How did so much stuff accumulate in my bedroom (and spill into the rest of my poor parents’ house)?  Do I really need to keep my notes from Econometrics, fall of 2006?  How many cardigans are too many cardigans?  And for the love of Zeus, when did I buy the first season of Designing Women on DVD?

In addition to generating concern about my latent consumerist tendencies, this process has unearthed a number of warm memories.  In my last post, I mentioned a formative traveling experience from my teenage years, and posted a photo I found in my bedroom rubble of my grandfather and myself in Ireland.  Another travel experience has floated to the surface of my stuff since then, in the form of knickknacks, photos, and randomized iTunes playlists: Greece, summer of 2010.

At that time, finagling two weeks of consecutive vacation time was not an easy task.  I was working in finance, enjoying the professional challenges but slowly sinking under the competing influences of wanderlust and inertia.  I slipped away from product launches that July for a brief but portentous injection of wonder, sea spray, and life.  I delighted in souvlaki, bougatsa, horiatiki, and melitzanosalata.  I listened to tipsy Greek men tell tales of lost love (“We Greeks… we love!”), and in the next breath lecture me on the virtues of Marxism.  I met my first real vagabonds: those impossibly cool and sun-kissed foreigners who left behind their Masters degrees and corporate jobs to work at beach bars in their bikinis and dance till dawn.  They were like mythical creatures to me, worthy of admiration and envy but probably not to be trusted.  It just didn’t make sense.  How did they do it?  Why weren’t they as terrified as I was?

Looking back now, I recognize the seeds that were planted in Greece that summer.  I remember one particular poolside conversation in which Roxanne asked me: “What would it take for you to quit and just go to Russia?  How much certainty and assurance would you need?”  At the time, it seemed absurd to depart from the safe and commendable path I was cruising along.  Absurd… but intriguing.  I returned to work the next week with a reignited curiosity and sense of possibility (not to mention a burning hatred for my cubicle) that never really went away.  It wasn’t until a year later that I actually stepped off of that very safe path and plunged into the uncertainty that had terrified me so much the summer before.  So thank you for that nudge, Greece.

And here, a photo journey of two weeks in Ελλάδα.  Don’t be surprised if you see a familiar face.

In the words of Roxanne: “Warrior Barbie”

A gregarious Irishman named Tom, who deemed his corner “The Irish Republic of Plaka” 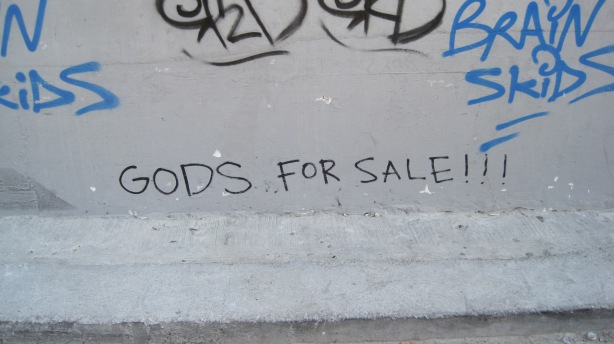 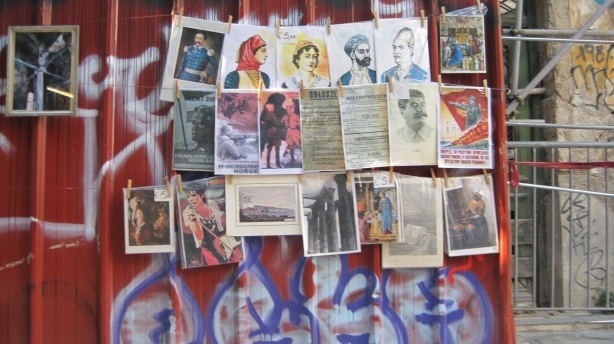 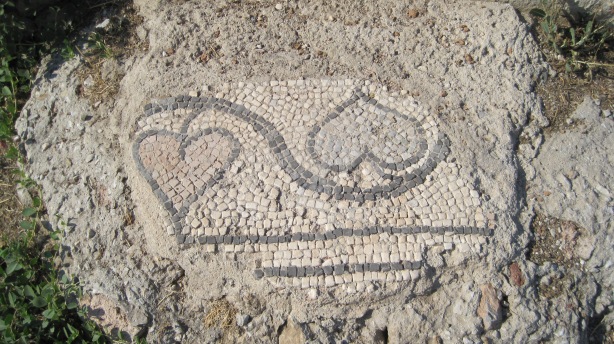 The Temple of Olympic Zeus, with the Parthenon in the background. 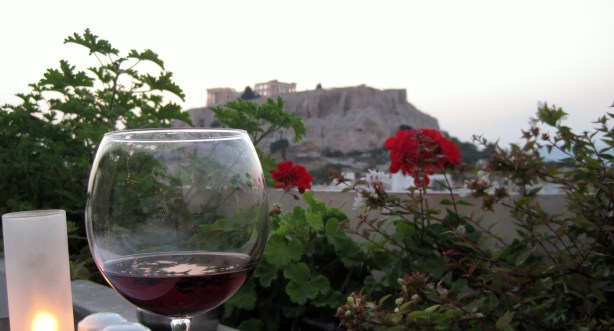 My lovely Athenian friends, and my very sunburned self, enjoying the city’s nightlife 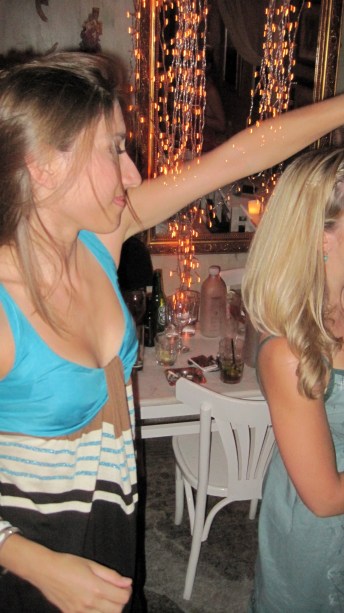 Dancing the night away… perhaps not so surprising that I slept through my flight to Thessaloniki the next morning. Oops.

All photos from Thessaloniki taken by Roxanne Krystalli of Stories of Conflict and Love. 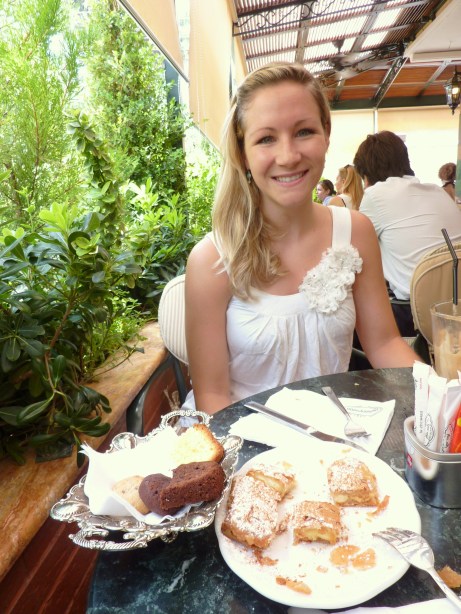 Having bougatsa for breakfast in Thessaloniki, the hometown of the photographer 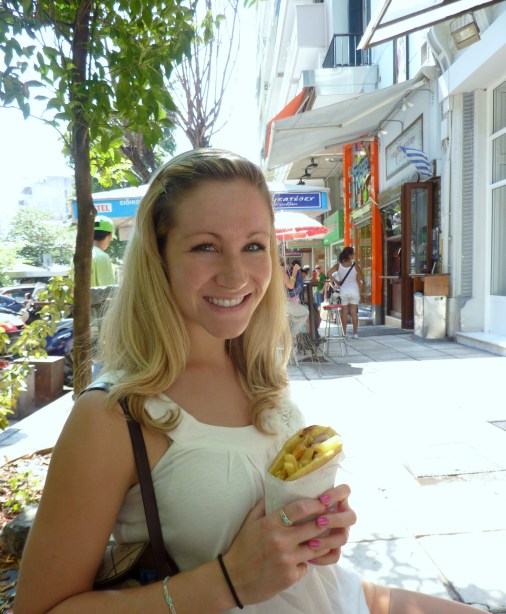 My first souvlaki. In retrospect, I’m surprised I did anything but eat in Greece. 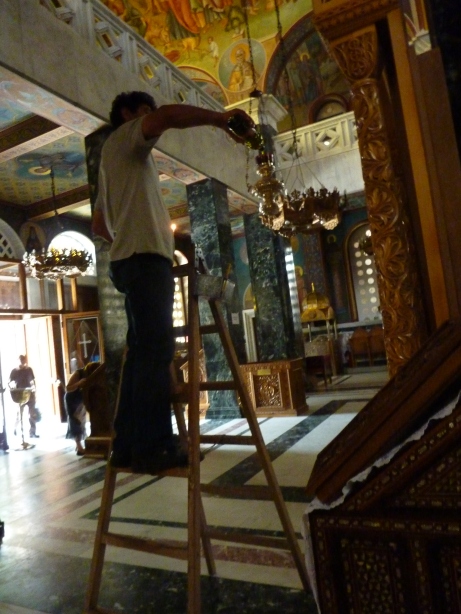 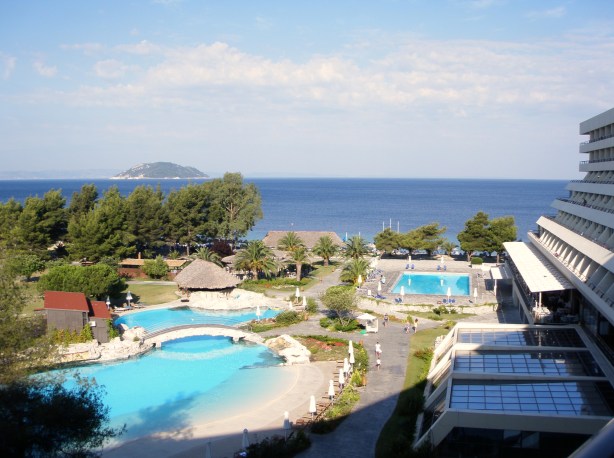 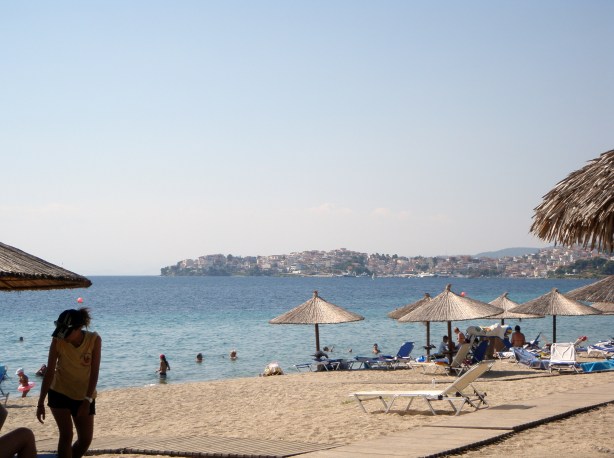 The sandy toes of happy twins 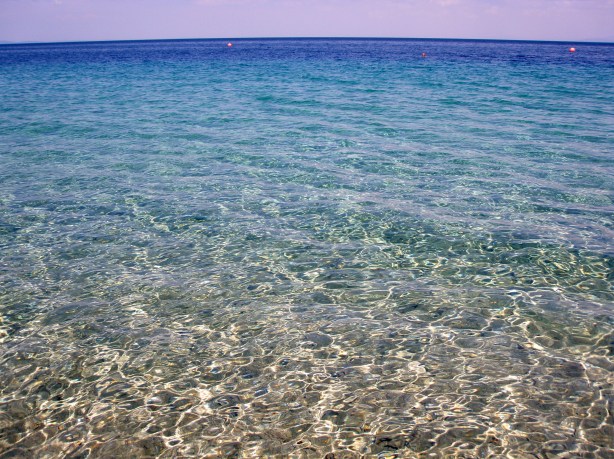 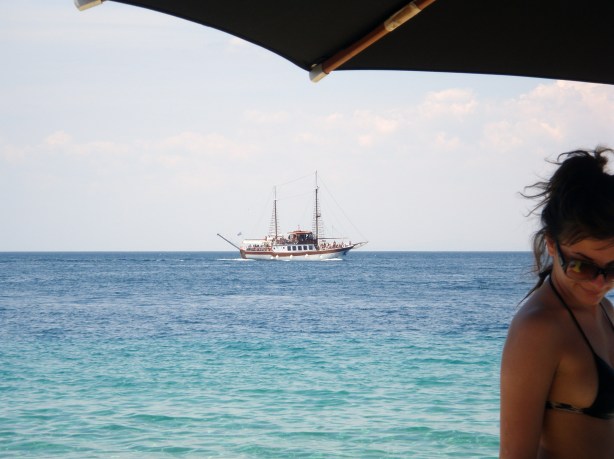 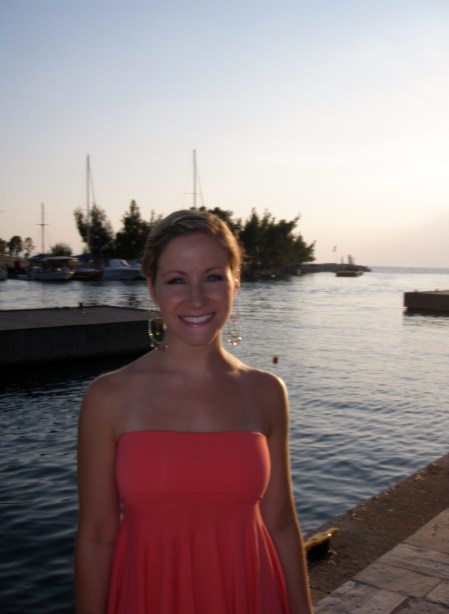 Taking a boat ride to dinner in Marmamas

A view of the coast of the island Chios, from the rooftop of a small church 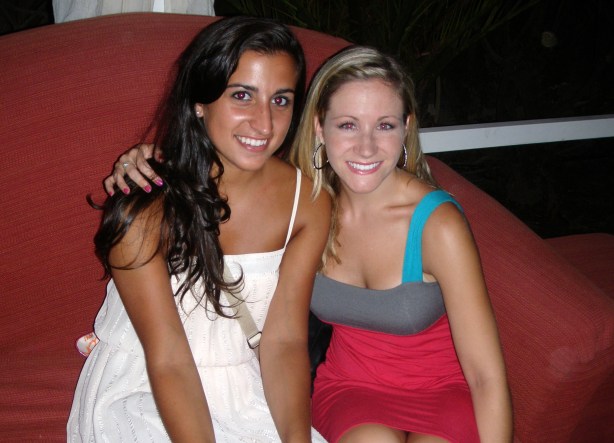 Can you spot the Irish girl?

Can you blame me for not wanting to go back to work?