All photos taken by Lasha Merabishvili.

In late September, I joined a friend and his family for a weekend in their village outside of Gori.  We took a marshrutka (a small bus or large van, usually bright yellow, which is the most common form of public transportation in Georgia) from Tbilisi to Gori, and then something that looked like a Soviet-era school bus from Gori to Satemo.  I’d estimate the top speed of this second bus to have been about 20 miles per hour, which was appropriate given it’s condition and the rocky dirt roads we were traversing.

The bus dropped us off at the edge of the village next to a military checkpoint.  Satemo is on the border of South Ossetia, a disputed territory which Georgia considers to be under Russian occupation.  Ossetians and Russians recognize it as an independent state over which Russia gained de facto control during the five-day Russia-Georgia War in 2008.

We set off walking through the village to my friend’s house, breathing in the mountain air and plucking raspberries from the bushes.

“I just love getting out of the city!  I’m so in my element here in the countryside.”  A small chicken burst through the shrubbery to my left with a squawk, and I screamed in horror.

Nearly every home in rural Georgia has a garden full of grape vines twisting around posts and wires drawn overhead.  Harvesting the grapes and making wine (called rtveli in Georgian) is an annual tradition in which the whole family takes part, and the homemade wine is served to guests with pride throughout the year.

Georgian men are usually the ones atop the ladders or in the fields picking grapes, while the women clean up and prepare the next meal.  But because I am a rough-and-tumble American, I got a free pass to join in the men’s activities.  Taking part in some physical labor was a much-needed change from staring at cash flow statements and policy manuals every day.  The hours passed quickly and soon the sun was setting.  My hosts prepared a small table on the patio with breads, cheeses, salads, fresh fish, boiled meat, sauces, and homemade wines and liqueurs.

Of course, it’s not a real meal in Georgia unless there are toasts.  I’ve written about the supra (feast) and tamada (toastmaster) before, when it still seemed a bizarre and complicated ritual to me (or just a cruel trick to get foreigners tanked).  After ten months here, I’ve grown accustomed to the rules and a woman’s role in the process.  I’ve become an expert in feigning consumption to both keep my hosts happy and avoid a hangover.

I also have a richer understanding of the weight of wine in Georgia, after sitting through so many meals.  It is inseparable from Georgian identity and Orthodox Christian faith, connecting them to 8,000 years of wine-making tradition and to the blood of their savior.  It is a ritualistic tool that binds people together and regularly reminds them of their priorities in life, in a very specific order: God, Georgia, family, etc.  Pregnant women drink wine.  Babies drink wine.  Everyone drinks wine.  It’s good for you.  No questions asked.

After the sun sets in a village, there isn’t much to do besides drink.  But knowing that we had a full day of work ahead of us, we all retired early.  I bundled myself in all of the clothes I’d brought with me and curled up in a ball on the bed to insulate myself from the cold drafts cutting through the window frames.  Luckily, I had tired myself out enough to fall asleep quickly and soundly.

The next morning, I was woken by roosters and sunshine. Like, for real.  Much more effective than my phone alarm.  After a breakfast of Turkish coffee, bread, cheese, and fruit from the garden, we resumed the harvest and plucked the last bunches of grapes in just a few hours.

The crates full of grapes were then poured into a wooden vat and stomped to release all of the juices, not unlike most traditional wine making.  What makes the Georgian process interesting is that the wine is typically matured in large clay vessels called kvevri, which are buried in the cool earth.  The clay gives the wine a distinctive taste and, apparently, adds about ten times as many antioxidants.  For special toasts at supras, wine is also drunk from small clay bowls.  Someone once told me that it’s impossible to get a hangover if you drink Georgian wine this way; I disproved this theory. 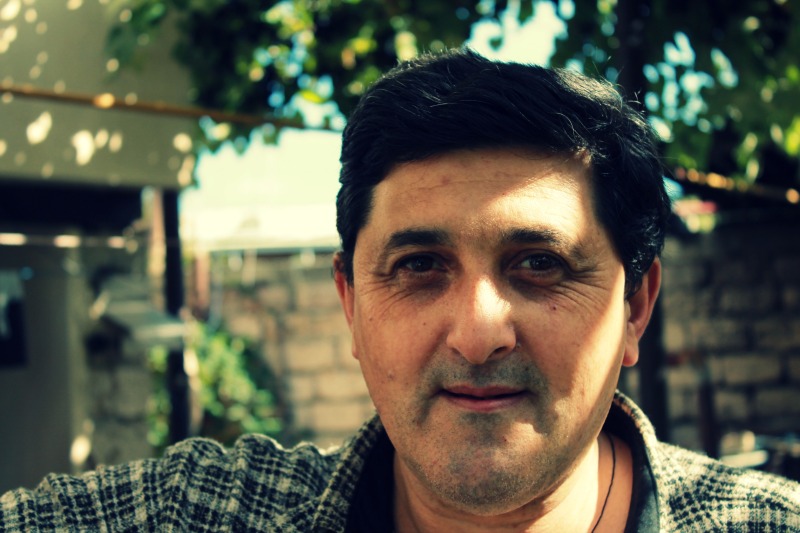 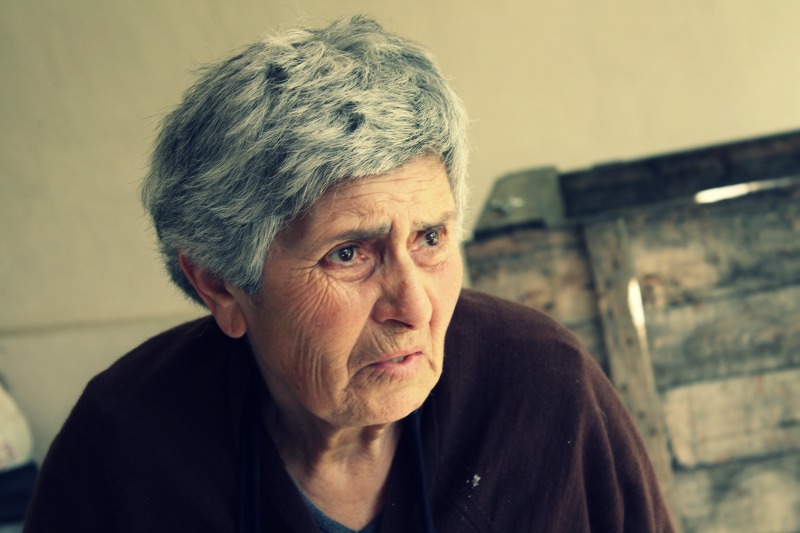 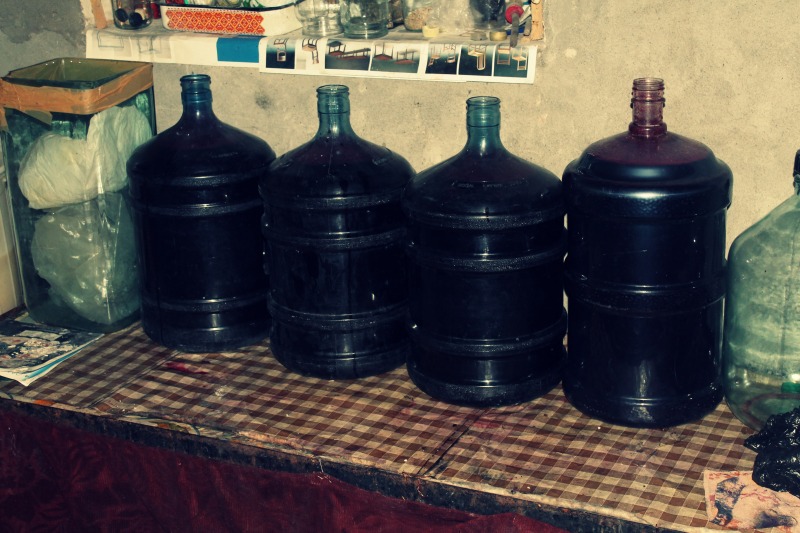 I had to leave mid-afternoon to get back to Tbilisi in time for a work event, so I wasn’t able to observe the entire process in person.  But I did take a little souvenir home with me, which reemerged on the landscaping of the Sheraton later that night as I bolted out of the dinner event in a cold sweat.  Evidently my American digestive system is not equipped to handle unwashed fruit straight from the vine.  But how could I resist?  Seems that Eve and I have something in common.

Many thanks to my hospitable and good-humored hosts for inviting me to take part in their wine-making tradition and practically adopting me into their family. მადლობა!