Looking back at the photos I shared of Georgia, I realize they are mostly shots of mountains and statues and cows and waterfalls.  But that certainly wasn’t my day-to-day experience.  I want to share some photos that are more representative of daily life in Tbilisi, which is where I spent 95% of my time.  The majority of that time was spent outside of the beautiful Old City, in residential neighborhoods.

I lived in a neighborhood called Saburtalo, above a shopping center.  Saburtalo is unattractive and unremarkable, known mostly for the medical university and other schools in the area.  One part of Saburtalo is called Delisi, purportedly named after Delhi because of all the Indian medical students living in the area.  At least that’s what the taxi drivers told me.

This was the view from my balcony. 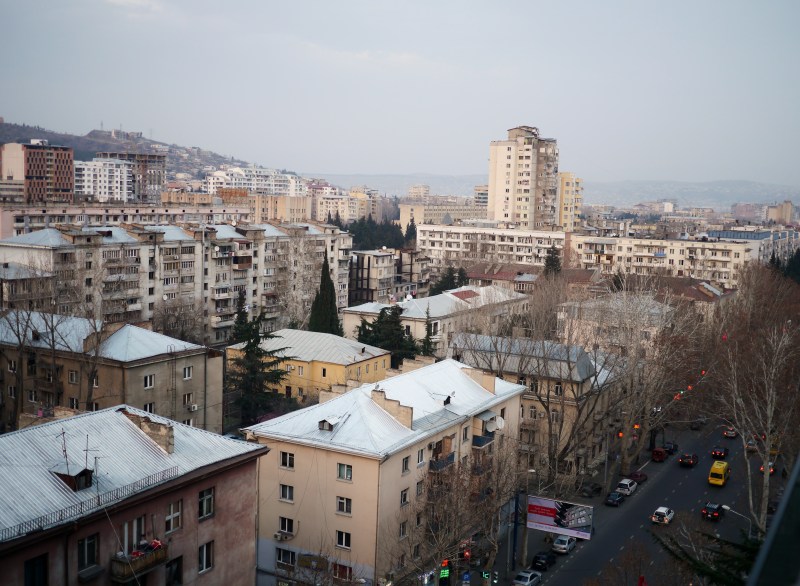 One day a friend and I took a few random shots around Delisi metro station.  I didn’t want to forget what an average day here looked like.

These yellow minibuses are called “marshrutkas”, which are (I think) the most popular and common form of public transportation in Georgia. Unfortunately their signs are only in Georgian, so I was not a big customer. 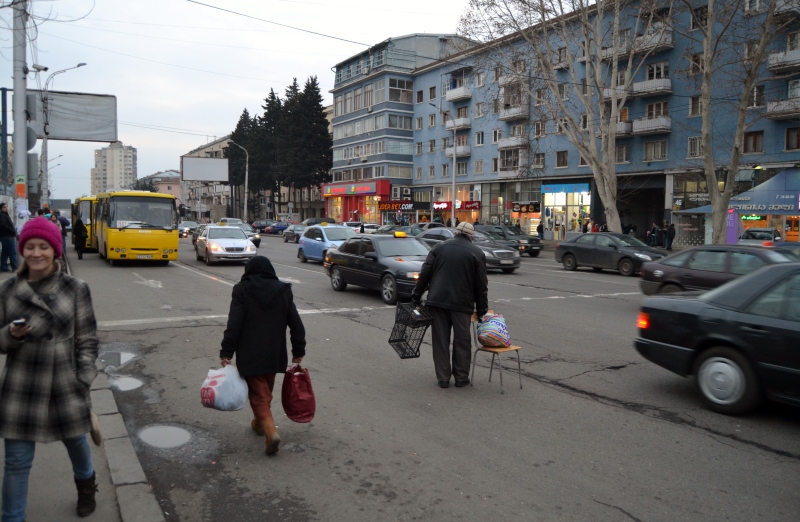 Well this is awkward. I asked my friend to take a picture of the old man crossing the street with a chair and I didn’t dodge out of the shot in time.

One of my favorite billboards. It’s advertising Borjomi, sparkling mineral water. Apparently it’s the cure for hangovers AND looking like a meth addict!

Saburtalo is just one of many neighborhoods in Tbilisi.  Gldani and Temqa are probably the most gray places I’ve ever been.  That’s my primary memory of those places.  Gray. 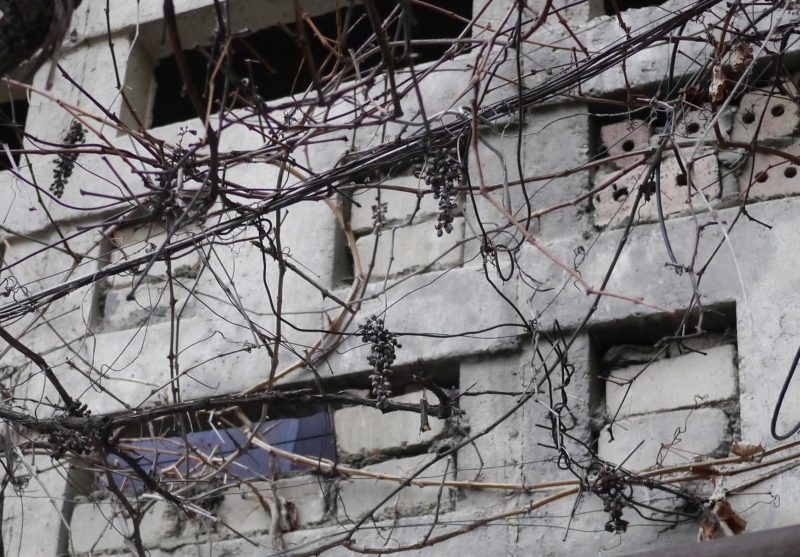 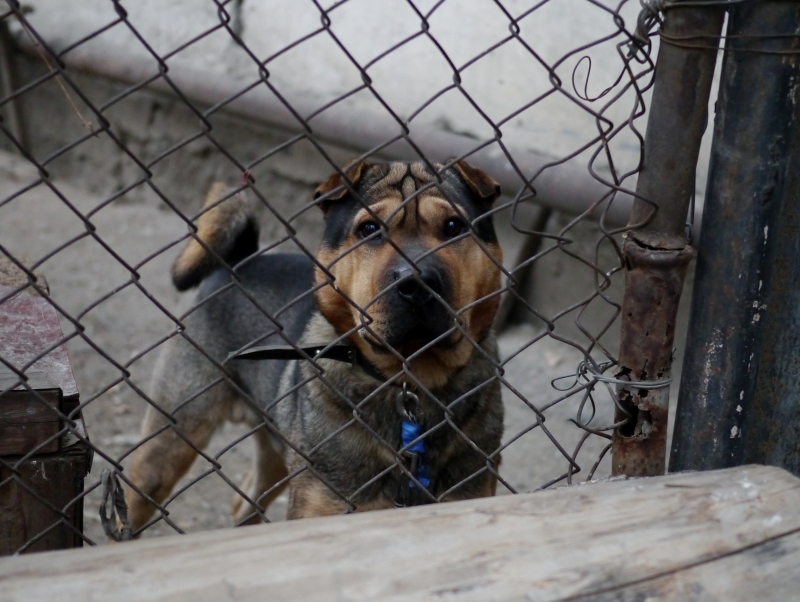 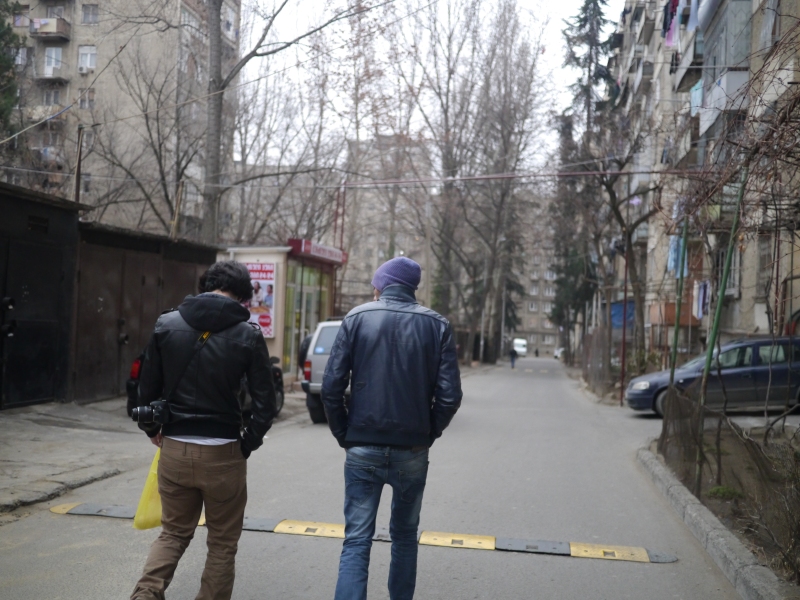 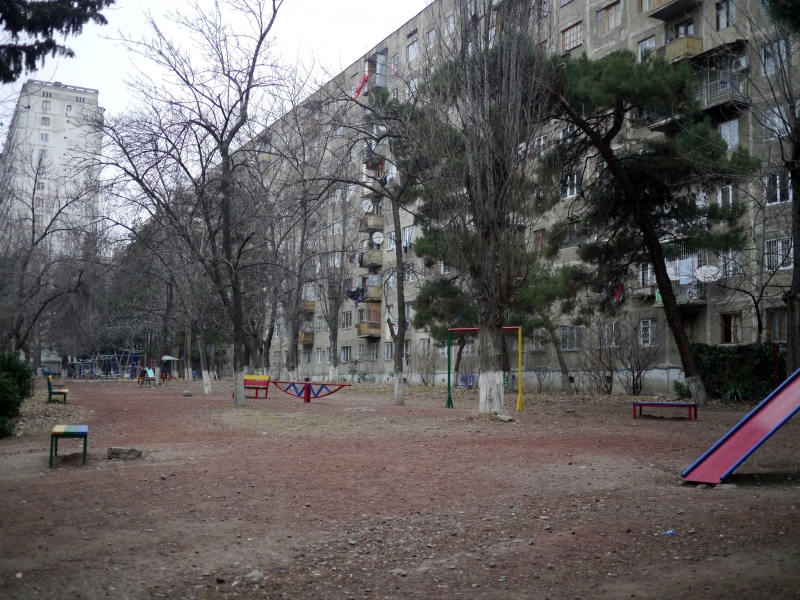 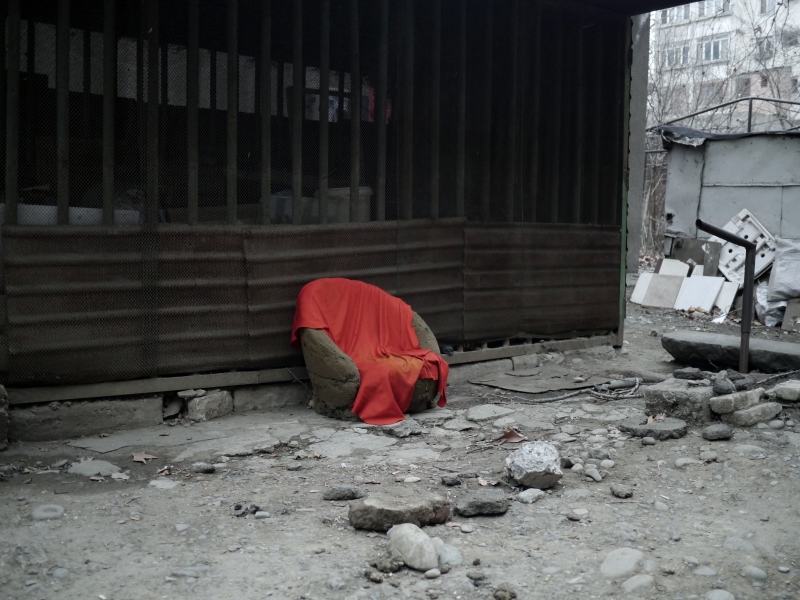 But their residents sure do have some spectacular views: